BLOG
You are here: HOME1 / BLOG2 / Uncategorized3 / Camera technology then and now with Jean-Claude Van Damme 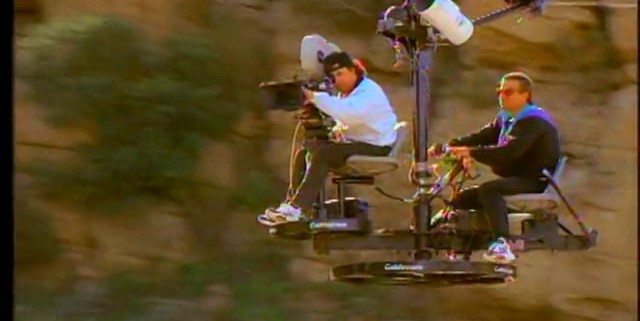 As you can see not a lot of the technology has really changed other than it becoming more affordable and smaller. Maybe we do things a little differently, but still most of the tech that they used to shoot that is pretty much the same. Either way it is always great to see Jean-Claude with a Jerry curl.

With the invention of quadcopters and arduino type systems as well as the DIY revolution we have seen a massive increase in smaller, smarter, faster technology that is allowing us to create more and think less about the technicalities of how to create something instead we can concentrate on what to create. Still we are left the dilemma of too much technology to feed our needs.

We are now able to go places that were deemed impossible or too expensive. Shoot things that were said to be too dark or not lite well enough. Things that film could never capture, but also we lose some of the wonder delight that those true and tried methods had brought.

Taking away the mechanical and replacing it with the digital none tactile environments. I believe there is still a feeling towards what you do and how you create it. You could say that it is sort of a gut feeling. How to crop an image, where to place the camera how the far the lens is from the subject. Even with all of the correct text book technical specifications your image can feel wrong, out of place or just doesn’t work.

Humanity hasn’t created technology yet that can replace that feeling instead it still dependent on people to fill that gap.

Want to join the discussion?
Feel free to contribute!

A fun session with @raynnbeau we had lots of fun p

Shoot with some smoke grenades and using a Winterc

Another mask image using smoke grenades of all sor

After trying to get over a few things and deal wit

We shot a small series of images for the @sweatyeg

Model: @alorabuote We shot a small series of imag

Another of our smoke bomb pics thanks to @mcbainca

Witches are people too. Another of our smoke bomb

Our smoke bomb shoot thanks to @mcbaincamera for l

We worked on a Blade Runner inspired shoot with so

Finding inspiration in your own work. Love using c

How location can change the way you shoot
Scroll to top