BLOG
You are here: HOME1 / BLOG2 / Blog3 / How to Improve Your Video Using Dollies and Sliders 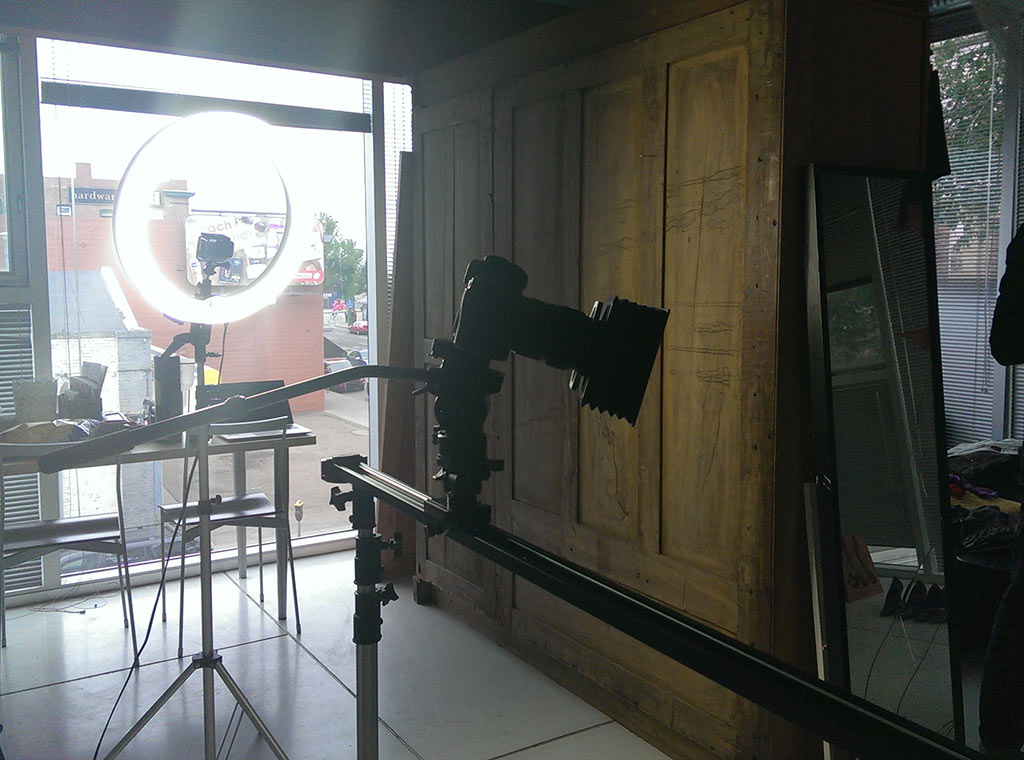 Connecting your DSLR to a tripod a shooting static shots is great. Static shots have a lot of use when used effectively. However, there’s a reason that films are called ‘Motion Pictures’. To add motion to your video two simple yet essential tools to improving your DSLR video footage are Dollies and Sliders.

A dolly is an attachment that is used to steady the camera to create natural, less shaky shots. Dollies come in a variety of different shapes and sizes and they either have wheels or are based on a track.

All dollies typically include a base plate upon which you attach your camera via the use of a tripod head, full tripod or a Magic Arm depending upon the effect and shot that you wish to achieve.

The term ‘Dolly’ or ‘Dolly shot’ is also a common term used whilst filming; it describes the movement of the camera and is generally applied when tracking with the camera using a dolly on a track.

Dollies are used to create a natural and smooth feel to a shot. They help to immerse the audience in the story with steady, un-jarring footage.

Skater dollies seem to be the preferred choice as they are cost-effective and when used in conjunction with full tripods or magic arms they allow for the most creativity. I’m going to guide you through a few simple yet effective dolly shots.

Set up your dolly using your chosen tool of tripod head, full tripod, magic arm or simply connect your camera to the base-plate. Once your dolly is set-up and you’ve chosen the subject that you want to film lock the dolly wheels in a straight position (don’t forget that you’re dolly won’t work unless your on a completely smooth surface).

Do a few practice runs with your wheels locked straight moving back and forth from your chosen subject. You will need to adjust the focus of your camera and the easiest way to do this of course is by using a follow focus as this will prevent any camera shake and allows you to mark the beginning and end focus points of your shot.

Finally, go back to your beginning position, focus your camera and move your camera towards your subject whilst changing the focus as you go; remember to change your focus at the same speed as you move the camera to achieve a natural shot.

The Curved Shot is so much easier than producing a straight shot with a skater dolly. These dollies allow for wheels to be locked in place at specific angles so simply choose your angle, ensure that the object is in focus and shoot away.

If you want to have some fun and potentially make your audience feel nauseous then this is the shot for you. Famously used by Alfred Hitchcock in Jaws the Vertigo Dolly Shot combines camera movement with a zoom in the opposite direction.

You may need some assistance with the zoom whilst you operate the movement and focus but pulling off this shot can add a creative edge to your video that you can be proud of.

A video slider is almost like a track but much smaller and is used to achieve smooth and professional tracking shots.

Sliders come in various lengths with some as small as 48cm up to around 150cm and are available in two options:

Roller bearing sliders are usually the preferred of the two options as they have virtually no friction and will enable you to produce graceful smooth and gliding footage.

The majority of sliders include the rail, four adjustable (and removable) feet and a base plate.

As with the video dollies, you simply attach your tripod head or camera directly to the base plate. A full-tripod can also be used in conjunction with most sliders to give you additional height but this is attached beneath the rail.

Using a video slider is really easy. Simply attach your camera using the tripod head or directly on to the base plate.

You can then position the slider onto any surface. The adjustable legs will allow you to keep the slider level or you can remove them entirely to keep the level low to the ground when filming on a table top or directly on the floor.

There are 3 primary ways to move the camera across the slider depending upon which slider you have.

Sliders can be used in any orientation allowing you to capture shots similar to those achieved when using a jib. You can remove the legs of the slider to have it positioned vertically on your tripod and you can even position it upside down.

The range of shots that you can achieve with a slider will provide an edge to your video, which in conjunction with the smooth and graceful shots will make your video professional and immersive.

When searching for sliders and dollies on the Internet one of the top results are Konova. These sliders and dollies are both professional and affordable, making them a great choice for both amateur and professional filmmakers. The Konova equipment is created with purely DSLR filmmaking in mind but most sliders can also support much heavier loads. Follow this link to find out more about the Konova Sliders and Dollies.

Want to join the discussion?
Feel free to contribute!

A fun session with @raynnbeau we had lots of fun p

Shoot with some smoke grenades and using a Winterc

Another mask image using smoke grenades of all sor

After trying to get over a few things and deal wit

We shot a small series of images for the @sweatyeg

Model: @alorabuote We shot a small series of imag

Another of our smoke bomb pics thanks to @mcbainca

Witches are people too. Another of our smoke bomb

Our smoke bomb shoot thanks to @mcbaincamera for l

We worked on a Blade Runner inspired shoot with so

Finding inspiration in your own work. Love using c

Load More... Follow on Instagram
Mugshots from the 1920’s a lost art of #photographyEnter to Win a $15 Tim Hortons Gift Card
Scroll to top